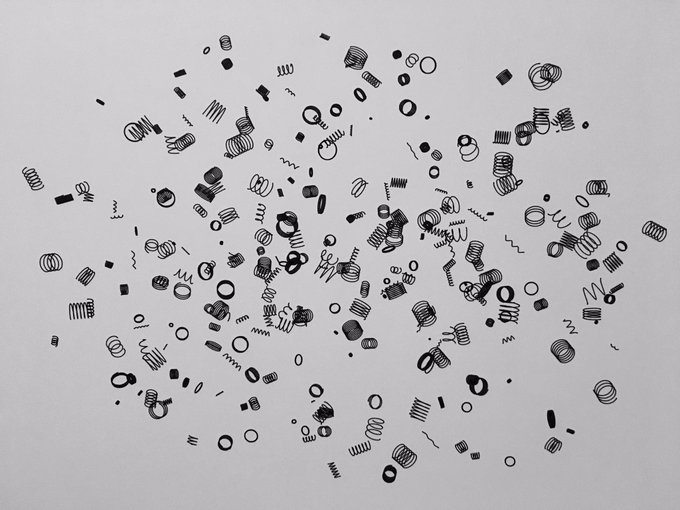 Michael Fogleman is an active member of the plotter art community. His twitter feed often contains either new art, or links to new tools that he has made.

He has created and shared some incredible resources, including a wide variety of vector art tools and even an alternate Python library for AxiDraw. 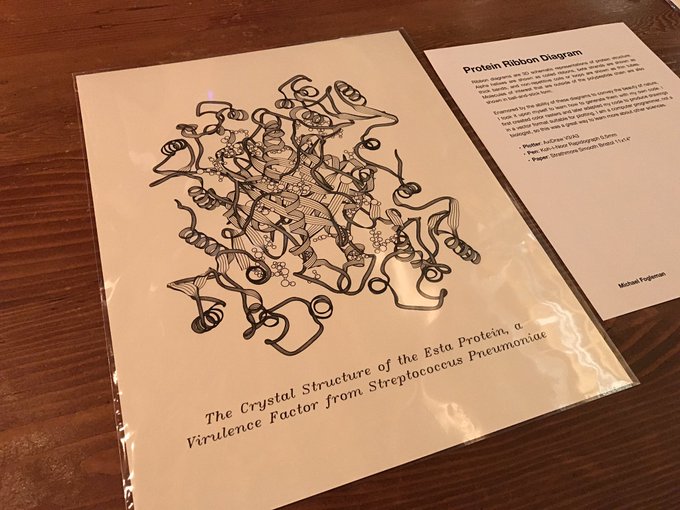 I am a fan of science as an art subject, and Michael’s protein ribbon diagram drawings are a great example. A ribbon diagram depicts the 3D structure of the protein as well as the common secondary structures of helixes, strands, and coils.

In addition to making the drawings, he has a twitter bot that publishes ribbon diagrams and has published the code for the project. This ribbon diagram was one that we got to see at the Plotter People meetup in San Francisco. 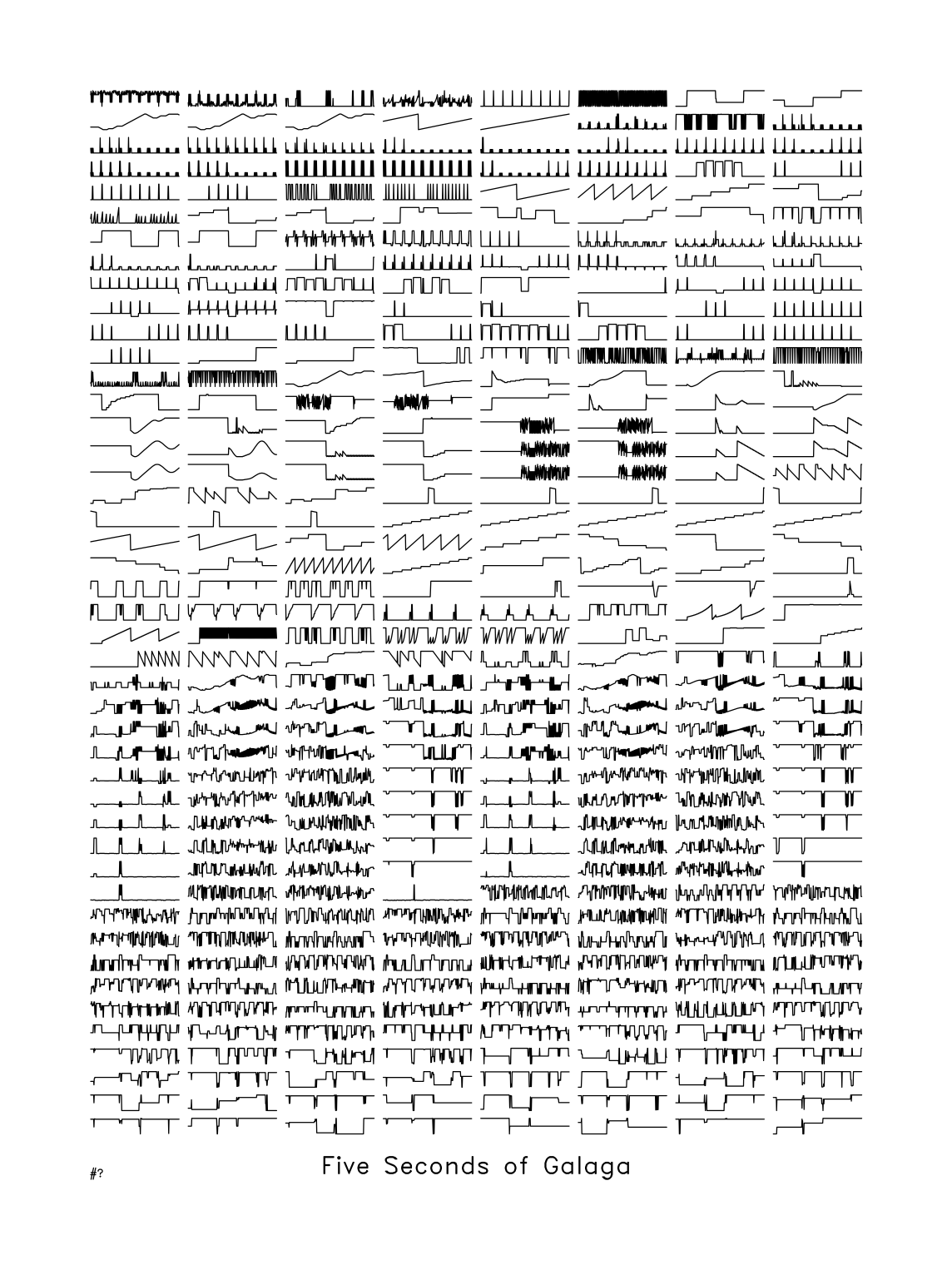 Michael hits another of my weaknesses, vintage gaming with his NES Sparklines drawings.

For these drawings, I use an NES emulator (of my own creation) to record a snapshot of the Nintendo’s RAM at each frame (60 fps). The NES only had 2048 bytes of RAM. For each address in memory, I plot its values over time as an individual sparkline. I only show addresses that changed at least once, so there are usually fewer than 2048 sparklines. Because each game developer used the memory in different ways, each game produces its own unique look when plotted. 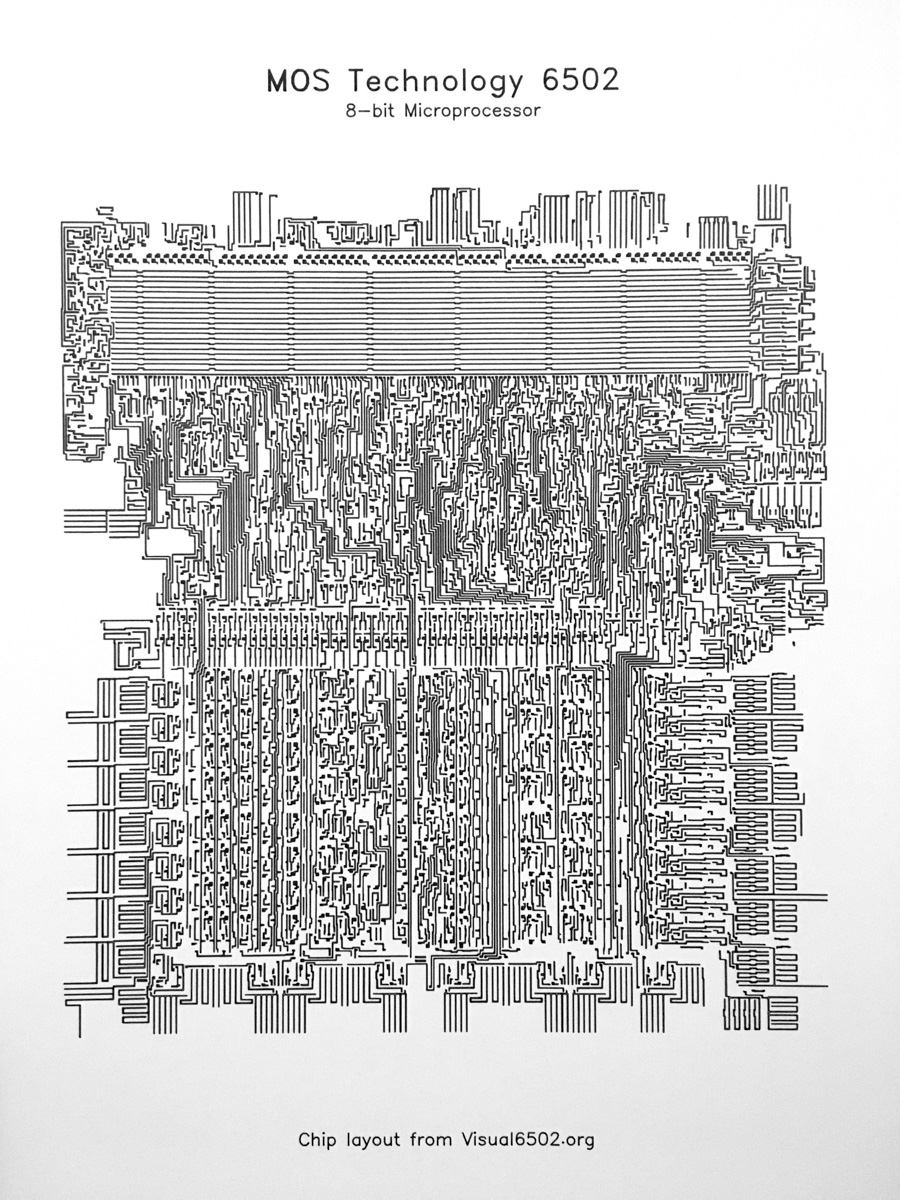 He also plotted something dear to our hearts (and close to the heart of the NES), the MOS 6502 processor. 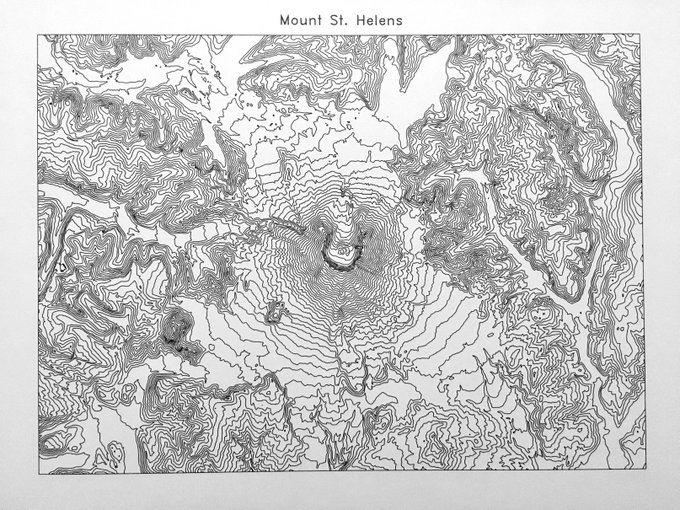 One subject that I’ve often thought appropriate for plotting are maps, and Michael’s topographic maps are elegant. Again, in addition to making drawings, he has provided his code for working with AWS terrain data as well. 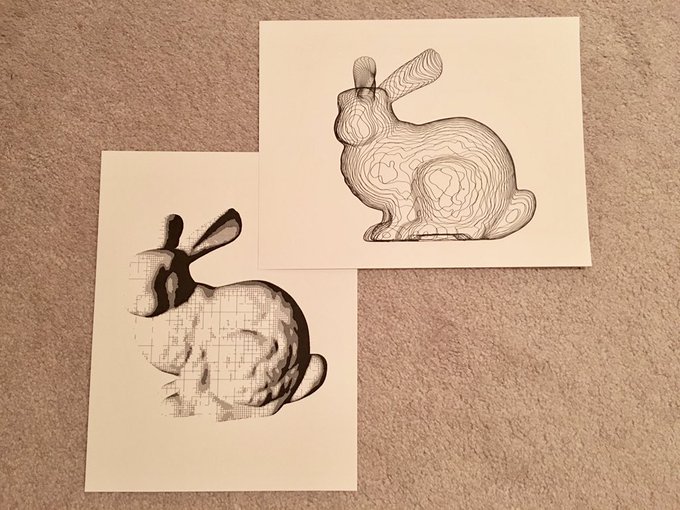 Michael sells drawings, and accepts commissions for favorite NES games, proteins, map regions, and even cellular automata. He has projects on wide ranging subjects, not limited to pen plotters, so go check them out!

This entry was posted in Art, AxiDraw, Software and tagged AxiDraw. Bookmark the Permalink.