The context for this is that massive, mechanical computers were used aboard US Navy ships ranging from destroyers to battleships, from about 1944-1969, as part of the “Fire Control” system.  This type of computer would take up to 25 continuously changing input variables in order to calculate the proper bearing and elevation for heavy caliber guns aboard the ship.  This calculation— to ensure that a projectile will land at the place where the target is going to be —is marvelously complex, taking into account variables such as wind speed and direction, relative velocity of the ship and target, and parallax between the different guns on the ship.  What’s truly remarkable is that it was all done with mechanical  mechanisms such as gear differentials, cams, and mechanical integrators.

This two-part training film, from 1953, introduces the basic mechanisms that made these computers work:

The video embedded above (41:53 total length) contains both films, one after the other.  (And, the YouTube link is here.)

Basic Mechanisms in Fire Control Computers, Part 1 discusses shafts, gears, cams, and differentials. Note that the first couple of minutes are not so much about the mechanisms, but more of an explanation— to the servicemen —of why they needed to learn about them.

If you enjoy these training films, you may also want to read through the little book entitled Ordnance Pamphlet 1140: Basic Fire Control Mechanisms, available here in PDF format, which covers much of the same ground. 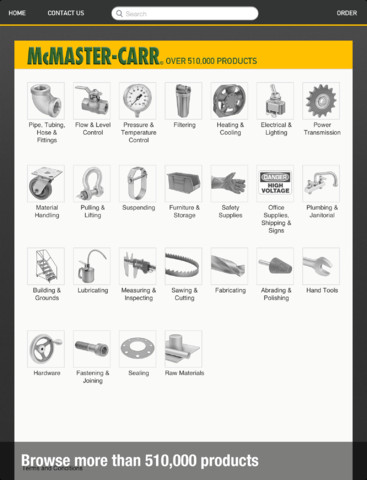 Not only does McMaster-Carr have the one of best print catalogs and the best online shopping experience, they now have an iPad app, too.

This entry was posted in Engineering and tagged McMaster-Carr. Bookmark the Permalink. 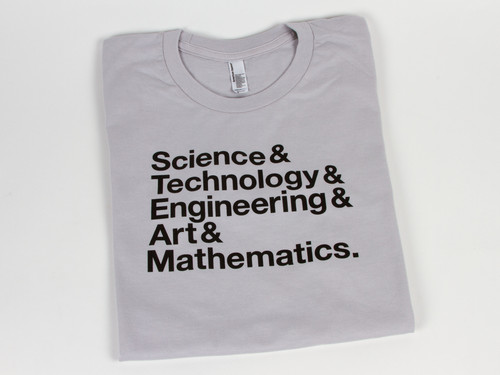 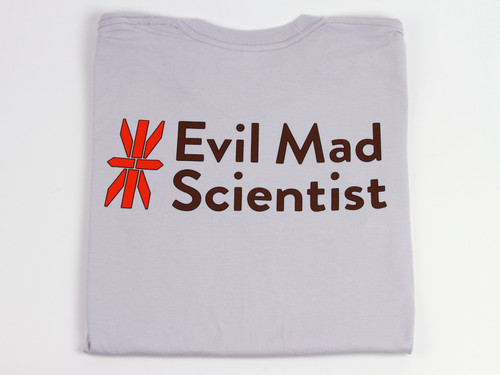 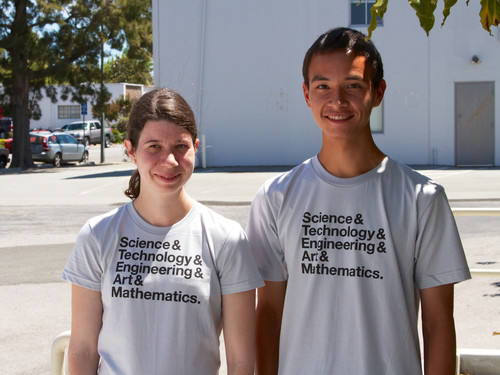 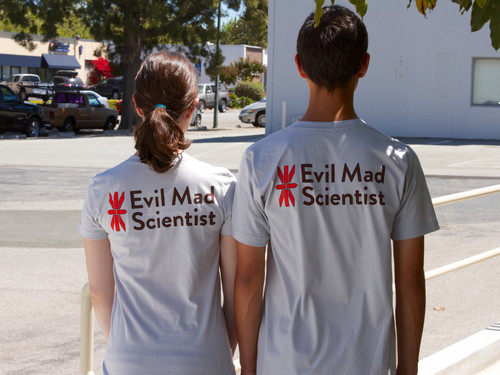 These are Great Shirts

The design of the front is an homage (like so many others) to the John Paul Ringo George shirt by Experimental Jetset.

Why Science & Technology & Engineering & Art & Mathematics?
It’s who we are, and it’s what we stand for.

Why not just STEM?
We, like many, many others believe that art is a critical component of good design, of good engineering, and of beneficial technology.

The Evil Mad Scientist STEAM T-shirt is in stock and shipping now! 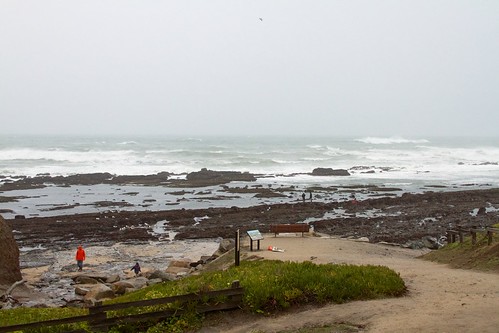 Fitzgerald Marine Reserve is a protected marine and intertidal park located at Moss Beach, California, about 40 minutes south of San Francisco, just north of Half Moon bay.  It’s a spectacular place to visit at low tide, for some of the finest, most accessible tide pools in the region. 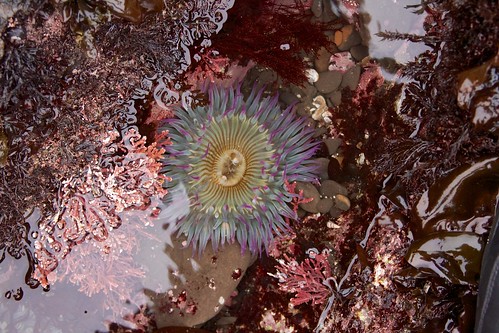 And as you’ll see, there’s definitely a lot to look at.

END_OF_DOCUMENT_TOKEN_TO_BE_REPLACED

This entry was posted in Field Trips, Nature, Science and tagged nature, snails. Bookmark the Permalink. 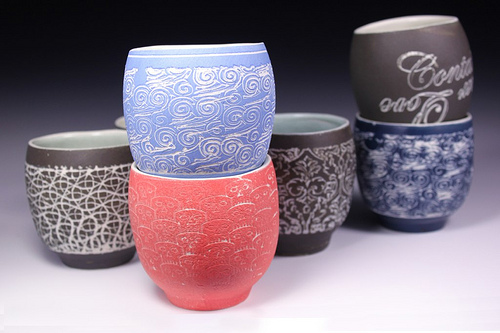 We recently got the question,

Would the Ostrich Egg-bot allow me to “decorate” on a greenware pottery mug or bowl or similar shape?

The answer turns out to be yes. Garth, of Extreme Craft posted video of using his Original Eggbot for this. He first used a simple wood screw as a stylus. 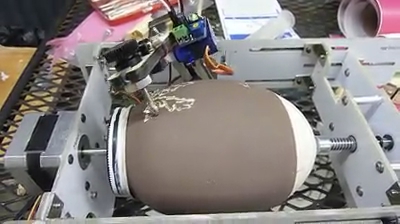 He later used our diamond engraving tool, with great results. It is a use we hadn’t anticipated!

This entry was posted in Art, Engineering and tagged art, eggbot, engraving, pottery. Bookmark the Permalink. 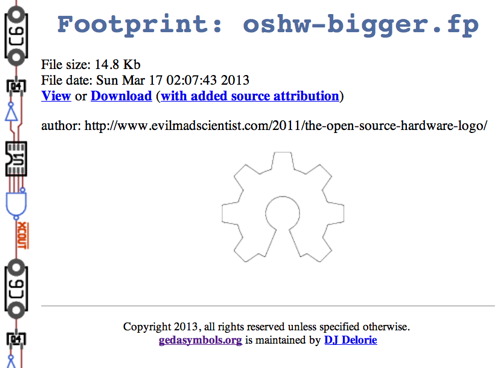 Open Source advocate Russ Nelson wrote in to tell us about gEDA footprints (circuit board elements) for the Open Source Hardware Logo, available to browse and download at gedasymbols.org. Russ created these footprints to make a version of our earlier examples that would be easier to use.

gEDA is the open source (GPL licensed) Electronic Design Automation suite, which we use to design all of our circuit boards. gEDA now runs well on Mac, Windows, and Linux.  If you’d like to try it out, you may want to begin with our own list of resources for getting started with gEDA, available here.  And, if you produce open source hardware, you might find these footprints handy.

This entry was posted in Engineering, Open Hardware and tagged gEDA. Bookmark the Permalink. 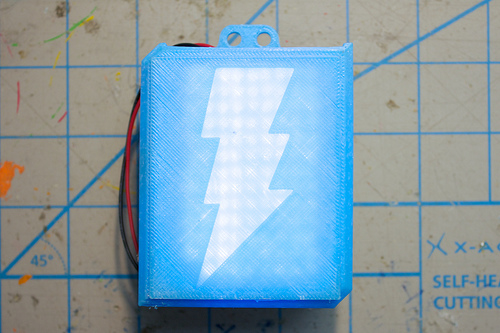 Here was a quick project that I created in time for C2MTL. It’s a simple, blinky, 3D printed, wearable electronic. We wanted to wear something that would be interesting and a conversation starter. 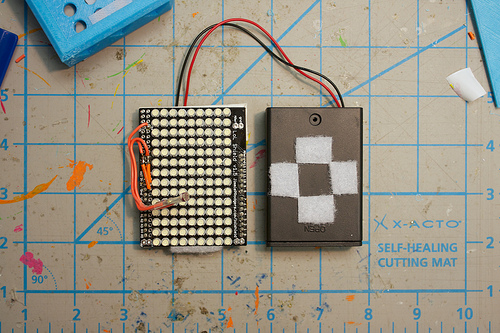 She used a LOL Shield on top of a Diavolino in a 3D printed case with a translucent lightning bolt. It was a success:

I wonder if all wearable electronic projects are like this- if people come up to you just because it’s something different and want to know more. Perhaps more world-wide friendliness & curiosity could be an unexpected result from wearable electronics! So, it worked and we were able to get people to talk to us. I extremely recommend this to other shy/not-exactly-social people.

This entry was posted in Electronics, Engineering, Open Hardware and tagged art, electronics. Bookmark the Permalink. 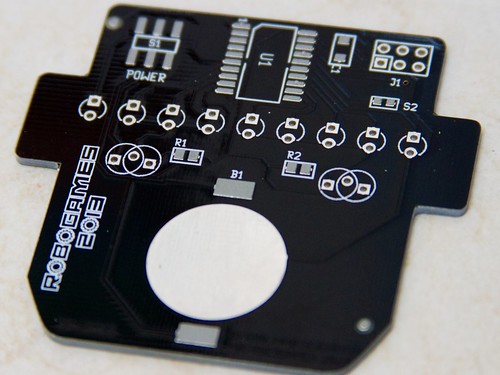 Solder paste is the glue that holds together modern consumer electronics, binding surface mount electronic components to circuit boards and providing electrical and thermal connections in the process.  But have you ever really looked at it?

END_OF_DOCUMENT_TOKEN_TO_BE_REPLACED

This entry was posted in Basics, EMSL Projects, Engineering and tagged solder. Bookmark the Permalink.

Our friend Paul Rako posted a nice write-up about us on both the Atmel blog and EDN Workbench blog, filled with pictures he took at our last open house. 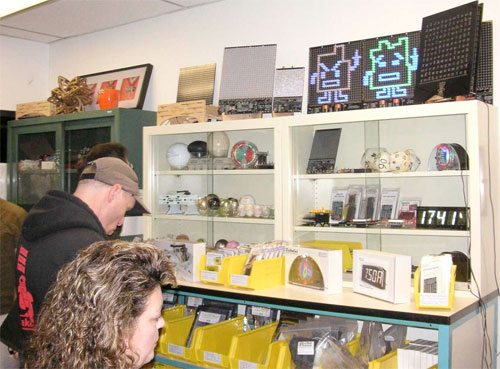 Evil Mad Science does not re-sell cheap imported junk. They design, test, and package their kits right here in Silicon Valley. Here are just a few of the kits Evil Mad Science sells. They all have great style, panache and entertainment value.

You can see read the rest of his post and check out his pictures either at EDN or Atmel. Thanks, Paul!

This entry was posted in Evil Mad Scientist Shop and tagged atmel. Bookmark the Permalink.

METEOR ALERT: Sky watchers in North America might see an outburst of meteors during the early hours of June 11th when Earth passes through a stream of cometary debris last seen in 1930. Forecasters Peter Jenniskens (SETI Institute) and Esko Lyytinen (Helsinki, Finland) predict the return of the gamma Delphinid meteor shower this Tuesday morning around 08:30 UT (04:30 am EDT). The shower is expected to last no more than about 30 minutes with an unknown number of bright, fast meteors.

This entry was posted in Science and tagged science, space. Bookmark the Permalink.