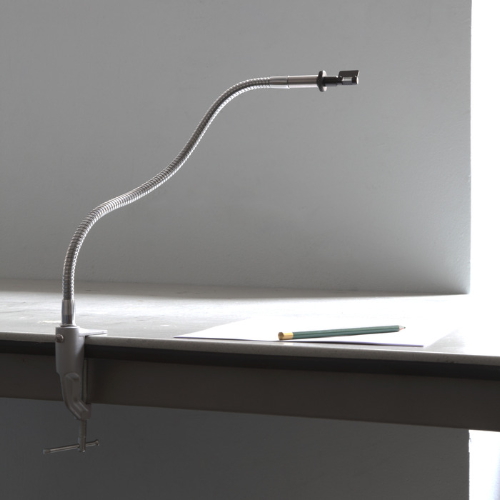 NeoLucida was the subject of one of the best presentations and demos at the 2013 Open Hardware Summit.

The NeoLucida is a drawing aid that allows you to trace what you see.  It’s the first portable, authentic camera lucida to be manufactured in nearly a century. We love camera lucidas, and we think they can help people understand art history in provocative new ways.

The NeoLucida is was launched in a wildly successful kickstarter campaign to make a modern version of a camera lucida available to a new generation of artists. It’s not a complicated device, but it is an extremely specialized one, and niche products like it are a place where open source hardware and crowdfunding can come together incredibly successfully. They were able to bring the cost of owning a camera lucida into the realm of possibility for artists who can’t afford antiques. By publishing how the device works and how they make it, they have increased understanding both of the device itself and of historical works of art made using it.

It was exciting to try out a NeoLucida during the demo session at the summit, especially after hearing about its history. 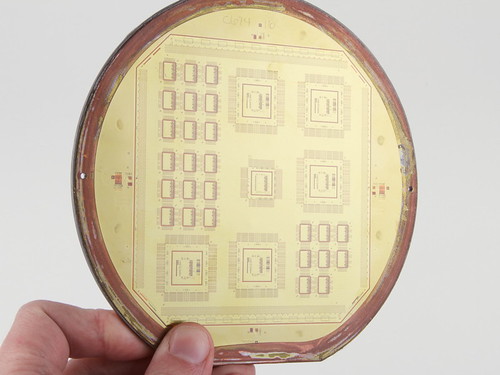 Congratulations to reader VAX-Dude for winning the Name that Ware contest for May 2013, by correctly identifying our mystery ware as a VAX 9000 series High Density Signal Carrier (HDSC).

Which might lead you to ask another perfectly reasonable question: What the heck is a High Density Signal Carrier? END_OF_DOCUMENT_TOKEN_TO_BE_REPLACED 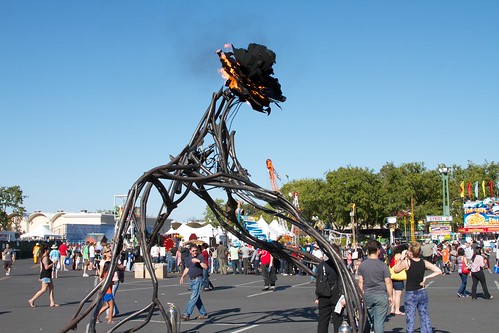 The 2013 Bay Area Maker Faire is a wrap— and it was amazing.  And we took pictures. We’ve uploaded 362 photos from maker faire right here for your browsing pleasure.   But first, a little preview. 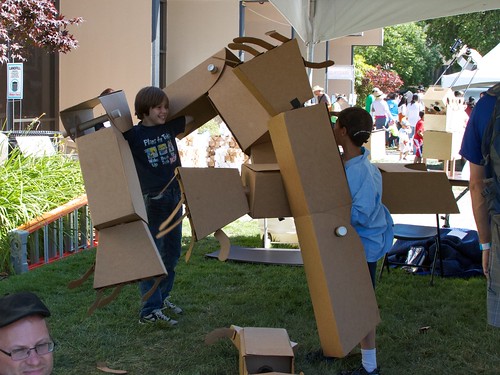 Kids play with giant cardboard robot arms at the Giant Cardboard Robots booth. As they say, “The revolution will be corrugated.” 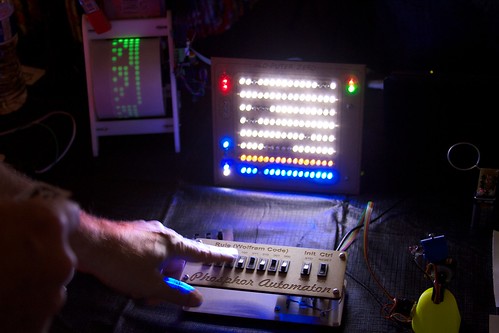 Glo-Puter Zero, by Alan Yates, with its phosphor-based memory. Truly a highlight of the show. 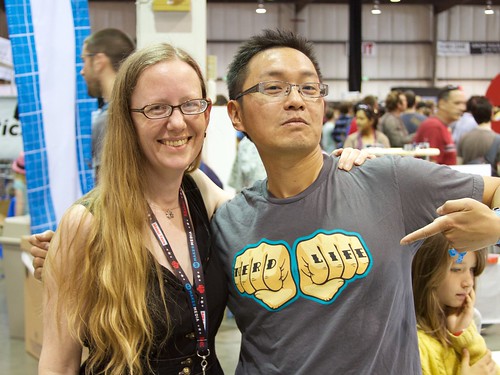 Lenore shares a nerdy moment with Akiba from Freaklabs. 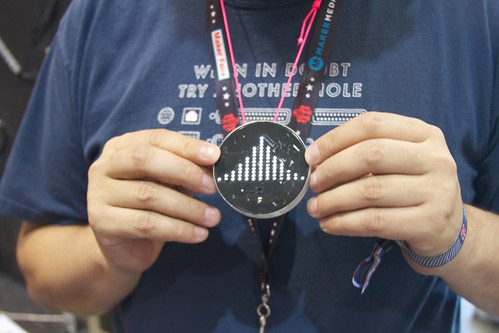 An unusual LED badge, from the Bay Lights project. 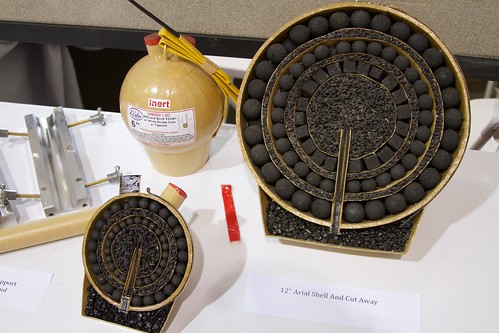 The Western Pyrotechnics Association is a club for people that make their own fireworks.  It’s incredible to see the complexity and artistry of the fireworks and the tooling that makes them. 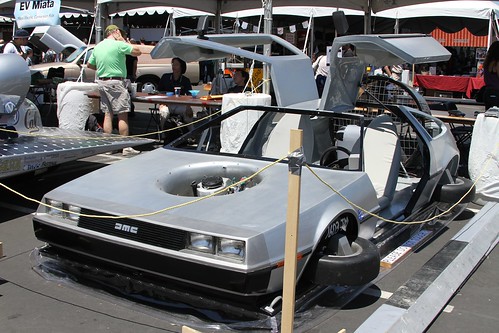 A beautiful hovercraft, designed to look like a flying DeLorean; you can see video of it on the project site. 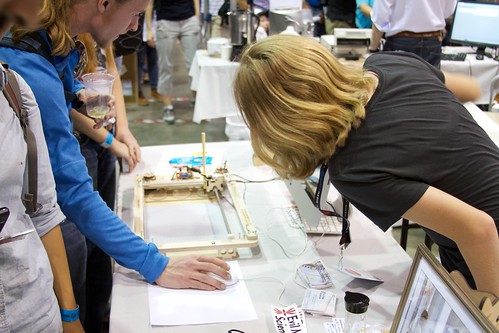 Back at our booth, the WaterColorBot was a constant hit.  Above, Sylvia shows visitors how to sketch with it in real time. 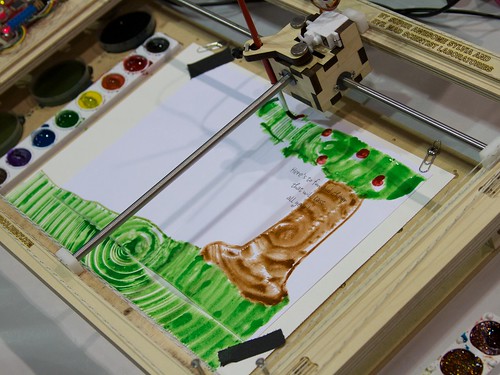 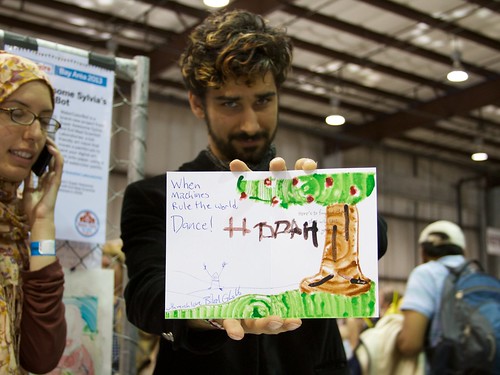 An unexpected application: Our friend Bilal Ghalib stopped by and enlisted the WaterColorBot to help him make a birthday card for another friend. 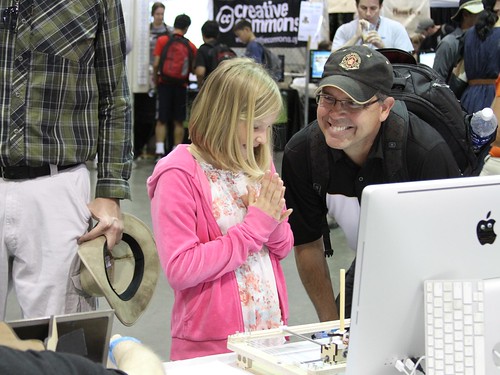 And one of our favorite moments of Maker Faire: a young visitor, tickled pink as she tries out the WaterColorBot, watching it paint a drawing that she had just sketched. 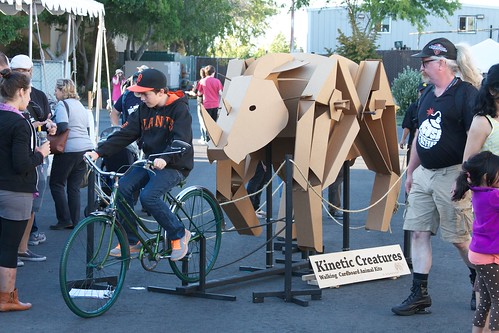 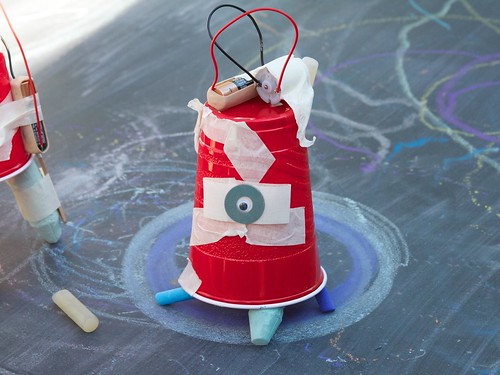 Some of the creations are simpler, like this sidewalk-chalk wielding vibrobot, spinning on a tabletop chalkboard at the Exploratorium booth. 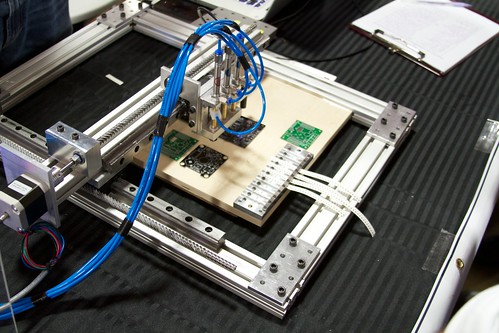 Some of the creations are more technical, like the OpenPNP project to create open source pick and place machines for electronics assembly.  We’re excited by where this is headed, along with a few related projects. 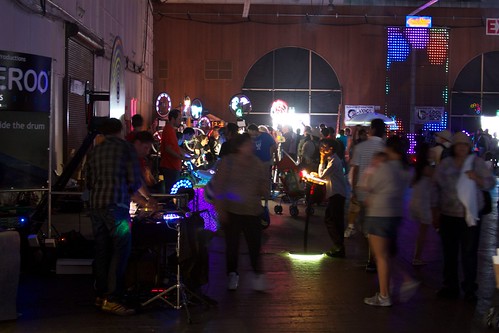 And of course, there’s no shortage of LED goodness. 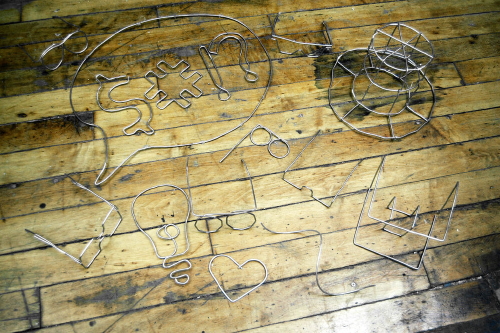 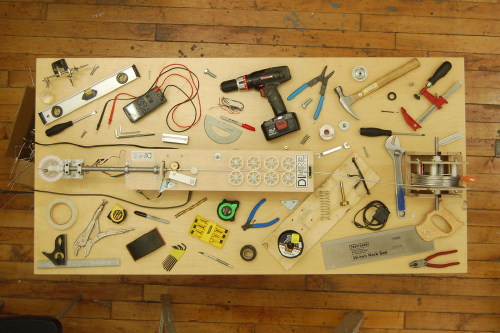