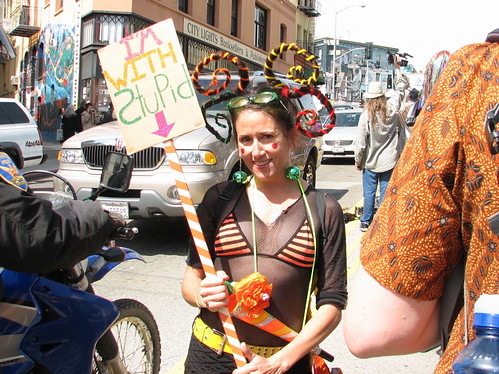 April first is the only holiday of the world’s oldest religion and the world’s largest church: The First Church of the Last Laugh. We celebrated the holiday in San Francisco with the church at the 29th annual St. Stupid’s Day parade. The weather was lovely, and the people-watching was excellent. We took a few pictures, which are in this flickr set for your enjoyment.

Scott of Laughing Squid was there with Justin of justin.tv and has already written about the parade and put up a flickr set, too.

Here are some more flickr sets from Steve Rhodes, solsken, dustinj, and a handful of pictures from bellboybob.