One of the features in our new Hershey Text v 3.0 software is the ability to extend it with new fonts.

One company, Quantum Enterprises, is already selling high quality stroke fonts that are compatible with the new Hershey Text, and ideal for use with the AxiDraw.

Their fonts are available in matched pairs: A TrueType (outline) font and a single-stroke SVG stroke font. The TrueType font works as a regular computer font, which you can use to lay out and edit text on your page. Hershey Text then performs automatic font substitution replacing the text in place with the matching stroke font.

Here is a sample of what one of their regular (TrueType) handwriting-like fonts looks like, as laid out on the page within Inkscape:

And, here is how that same text looks once rendered with Hershey Text into its single-stroke SVG font version:

The single-stroke text comprises a set of paths ideally suited to be traced with a pen. And finally, here is how that stroke text looks as plotted with the AxiDraw: 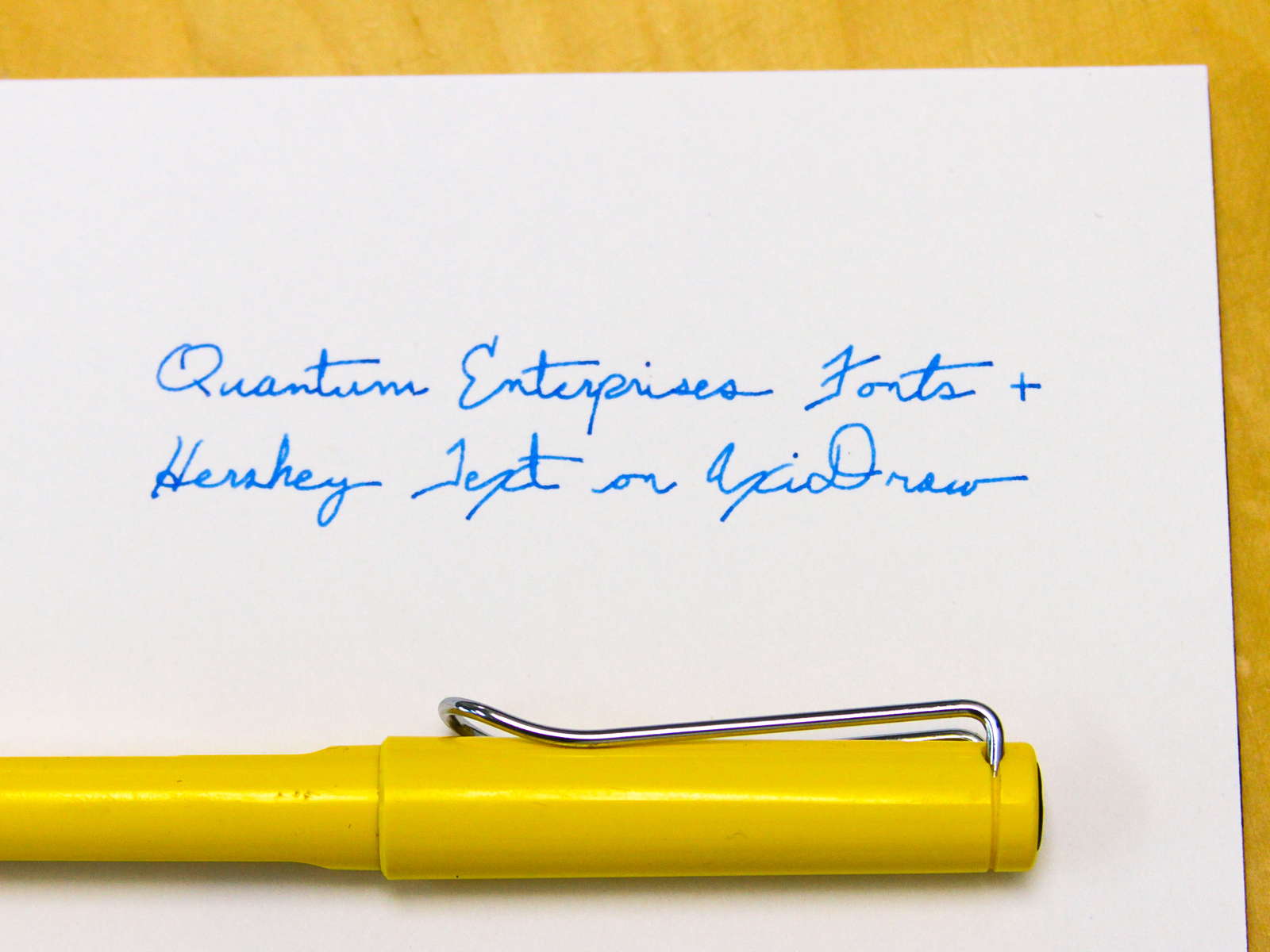 These new stroke font pairs, as well as custom fonts, are available to purchase directly from Quantum Enterprises.

An especially neat feature of these fonts is that they can work with the Quantum Enterprises Scriptalizer character substitution software — now available directly integrated within a special version the AxiDraw software. This software performs automatic substitution between different letter forms (glyphs) for the same character, making plotted text look more like handwriting.

END_OF_DOCUMENT_TOKEN_TO_BE_REPLACED 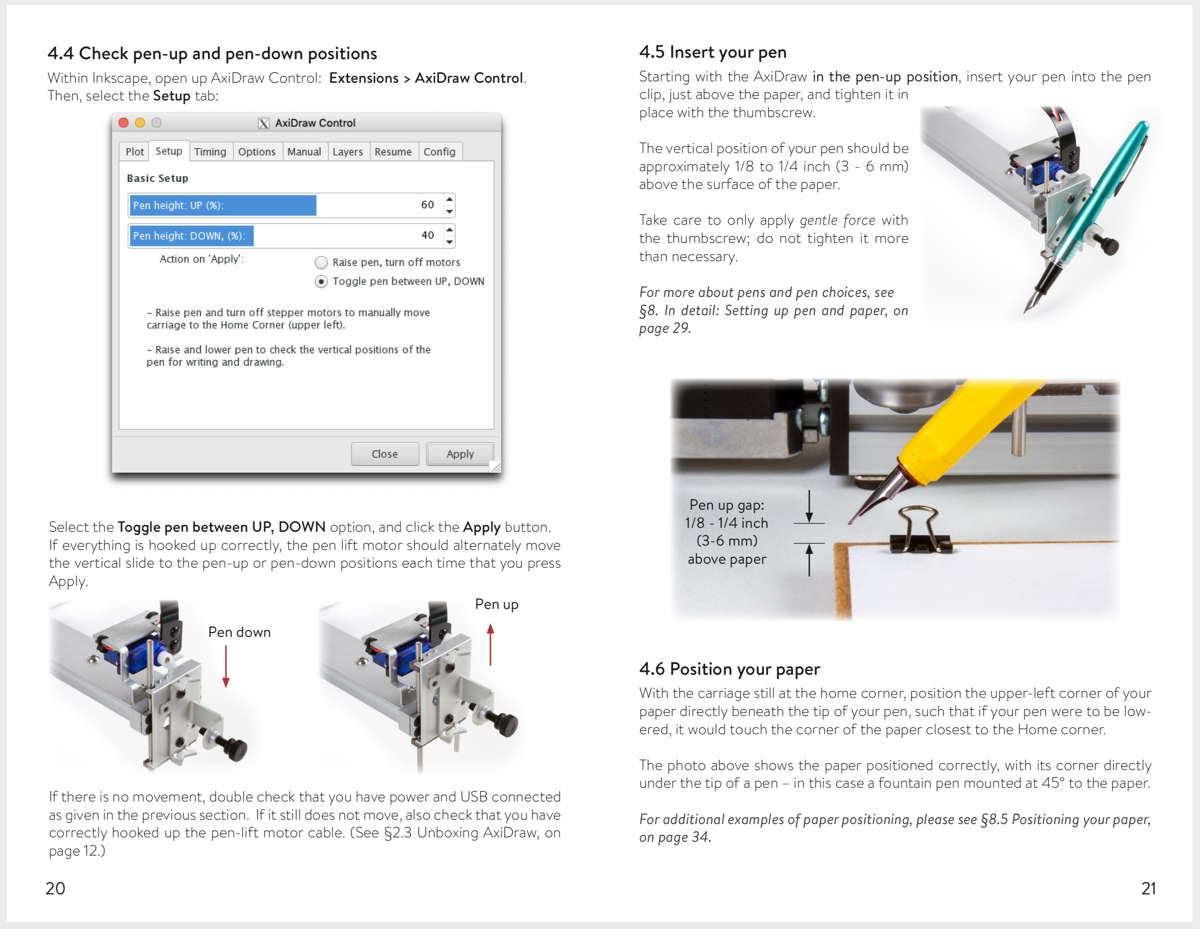 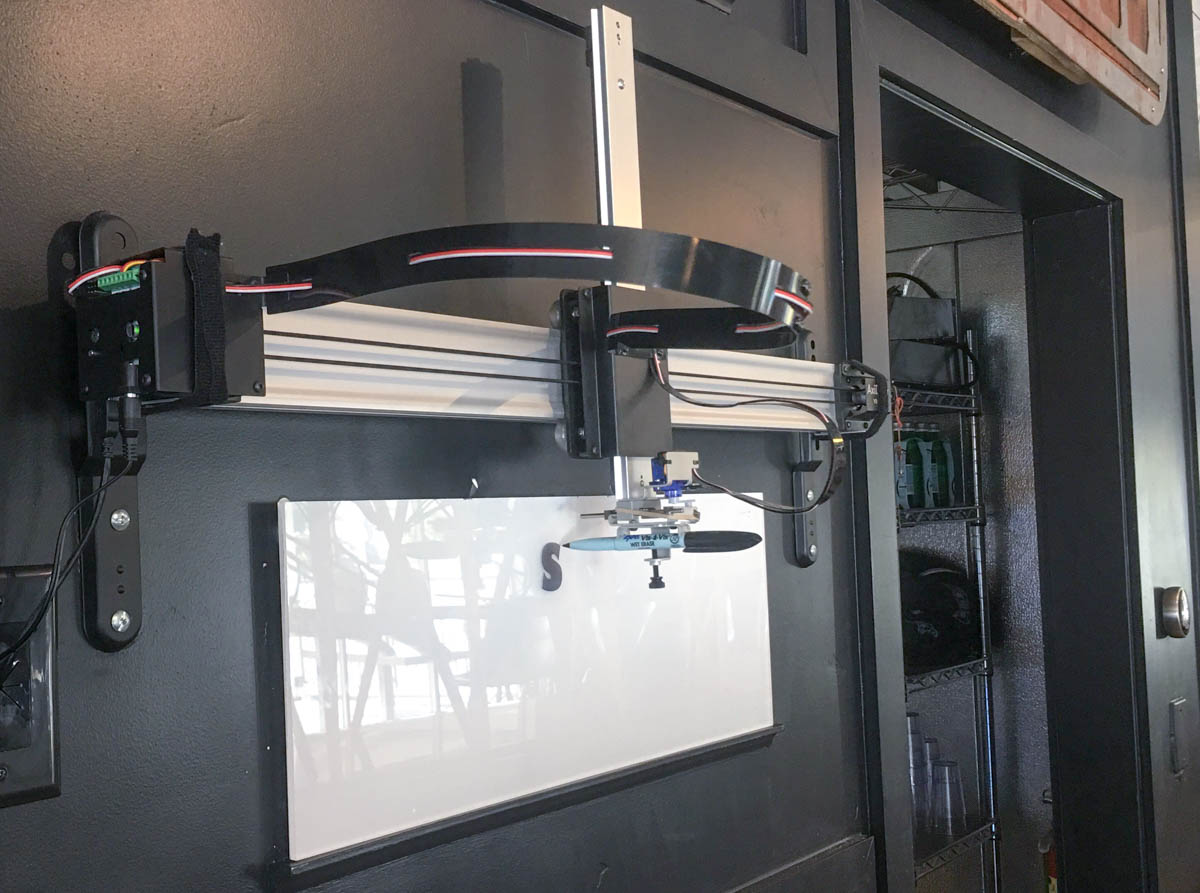 The folks at Sac City Brews use an AxiDraw to create their tap list. The AxiDraw plots out the beer name, info and logo onto a piece of acrylic which gets mounted in the tap list above the bar. 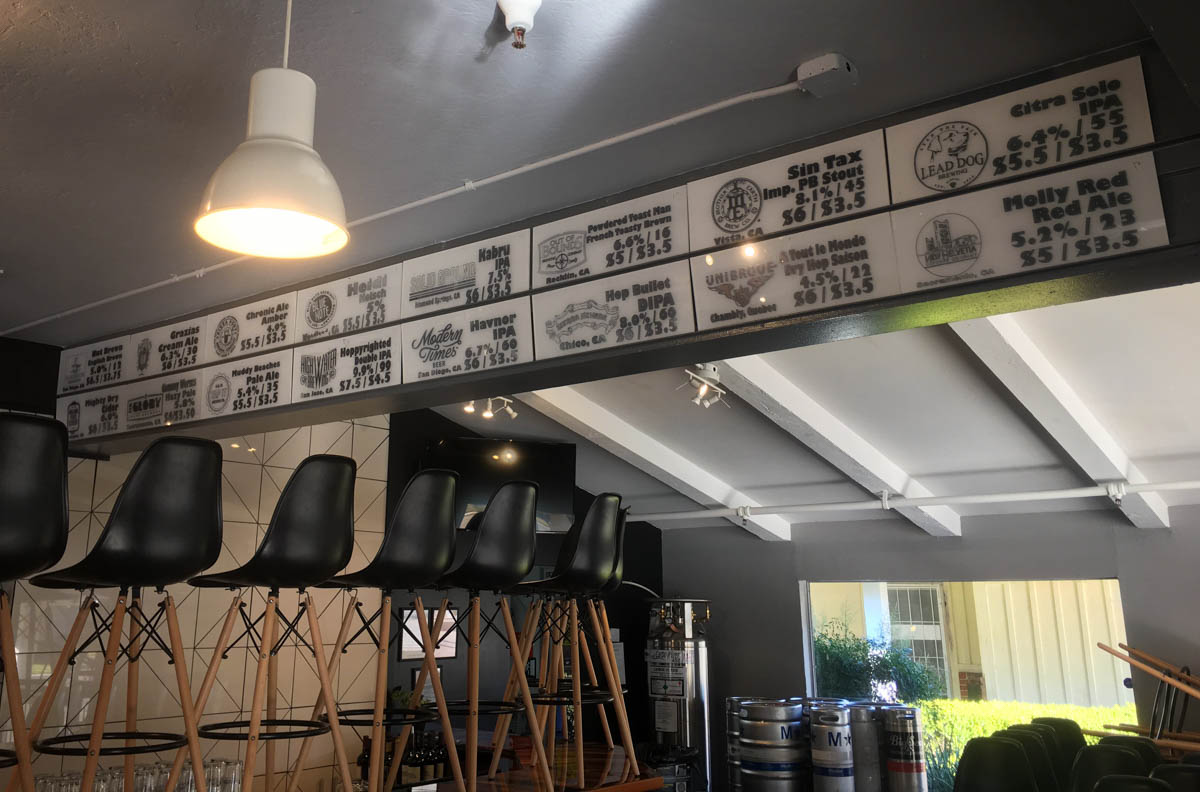 Best of all, they’ve mounted the AxiDraw in plain view, so patrons can see it getting ready for the next beer to go on tap. (You can see video of it in action in their Yelp pictures.) 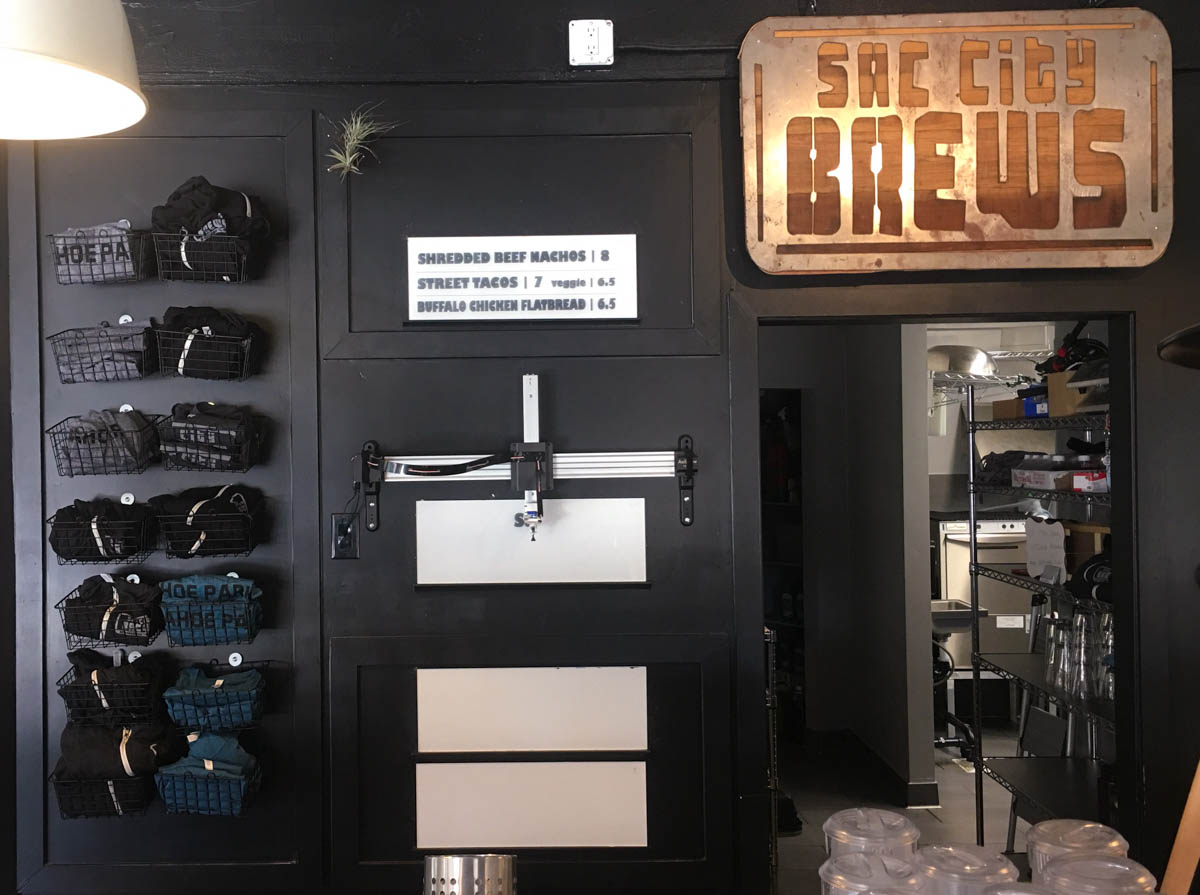 If you’re in Sacramento and are looking to try out a new tap house, check them out. Thank you to Todd for sending us the pictures!

This entry was posted in Art, AxiDraw, Robotics and tagged AxiDraw, signs. Bookmark the Permalink.