Politicians To Poop is a new extension for the Chrome web browser that replaces the names of presidential candidates (US, 2016) with the “pile-of-poo” emoji. Options allow you to “poopify” the names of Democrats, Republicans, or both.

Politicians To Poop is available now, for free, at the Chrome web store. 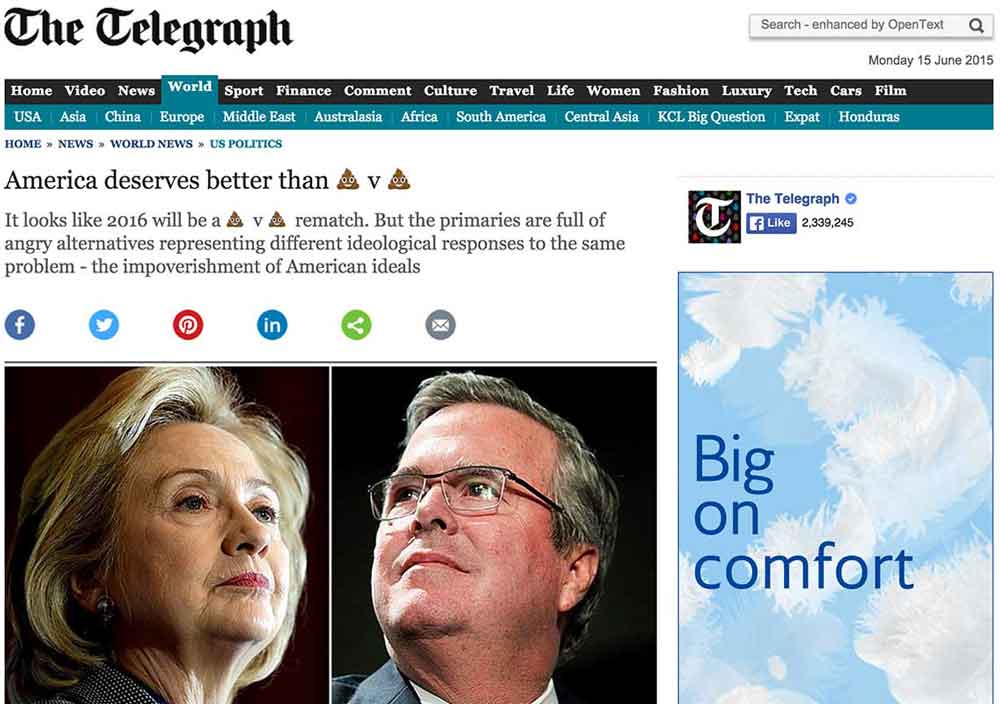 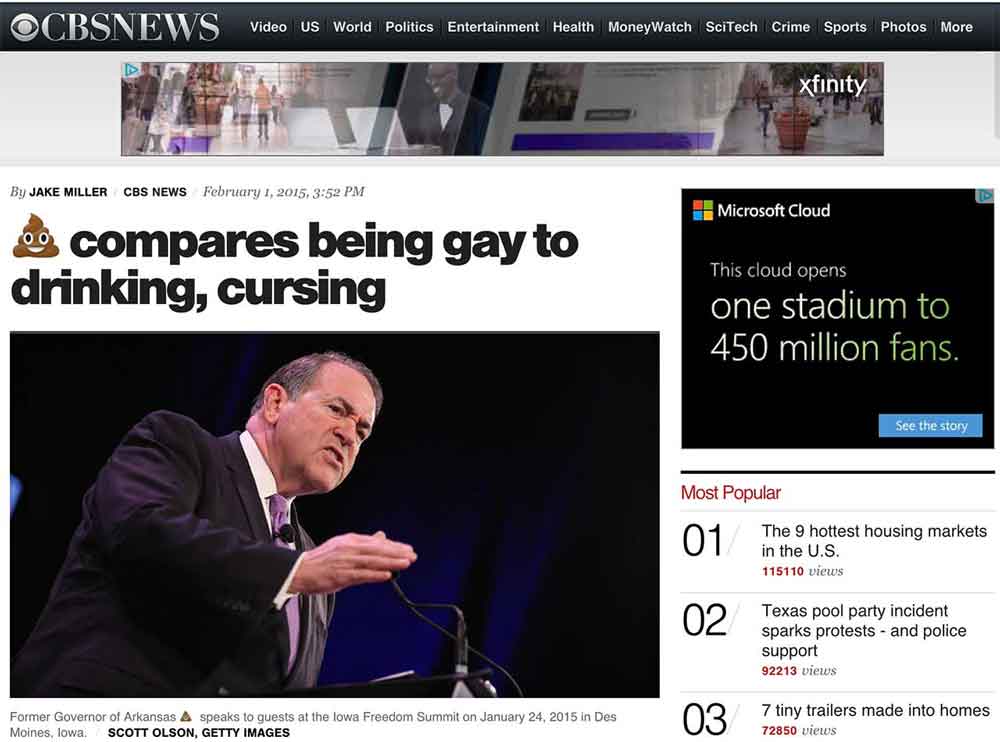 Applications:
Possible reasons that you might want to use this extension include:

No judgement upon any of the named individuals, nor their platforms, parties, or beliefs is either implied or intended. This is intended to be an equal-opportunity text replacement tool, for the good of all humanity.

More information:
This project was inspired by Millennials to Snake People. Much more information including source code, the list of names, and additional attribution is available at our GitHub repository. 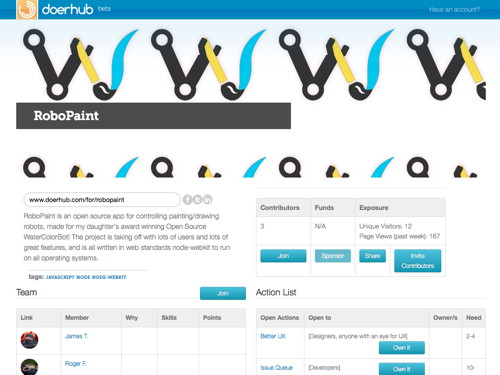 James “techninja” Todd writes that a few more hands might be helpful on the RoboPaint project:

RoboPaint is an open source app for controlling painting/drawing robots, made for my daughter’s award winning Open Source WaterColorBot! The project is taking off with lots of users and lots of great features, and is all written in web standards node-webkit to run on all operating systems.

We were recently contacted by a mathematics instructor, who suggested that it might be interesting to have a program like Snowflake, but with the option of picking and choosing different symmetry properties.

Natural snowflakes have (approximate) sixfold rotation symmetry plus reflection symmetry. However, a lot of things that you can draw by hand have absolutely no resemblance to snowflakes at all– and it is somewhat fun to explicitly play with the rules.

Our new program, SymmetriSketch, sticks to the same basic design principles as Snowflake: it’s cross platform, open source, and able to export a true vector drawing with a closed path. However, SymmetriSketch is a much more flexible program that allows you to play with different symmetries, and create all kinds of different things that would never be mistaken for frozen water.

Here’s what it looks like when the program first opens: 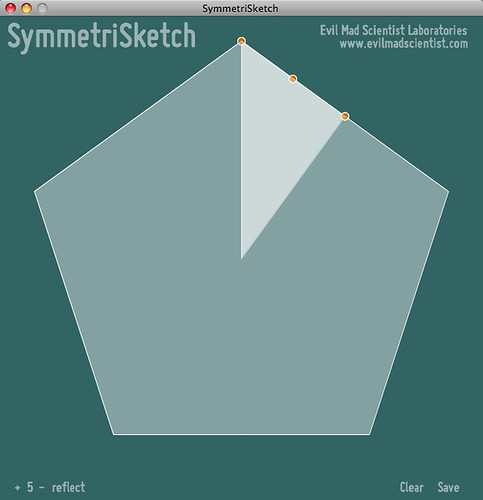 The initial shape is an overall pentagon– an object with five-fold rotation symmetry and reflection symmetry. The figure is generated by taking the editable slice– highlighted here and when you start the program– and reflecting and rotating it to complete the full shape that you see.

Every vertex point can be moved to any location on the screen with the exception of the vertex that is initially at the top point of the pentagon– that vertex is constrained to move along the vertical axis– the axis of reflection symmetry. 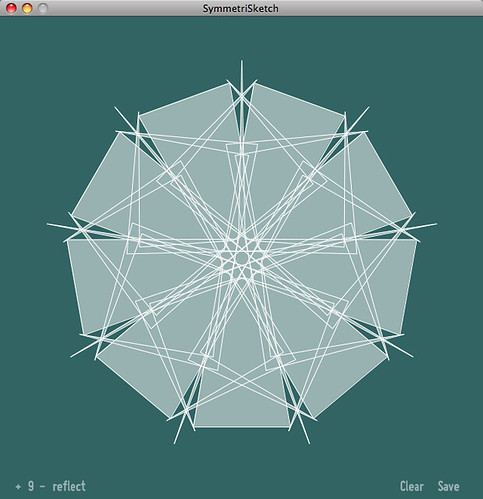 The controls are purposefully kept simple. There are two symmetry controls– for the order of rotational symmetry and to toggle reflection– which you can change in the lower left hand corner of the screen.

Orders from 1 to 99 are allowed– note that 1-fold rotational symmetry is “no symmetry at all” since it requires 360/1 = 360 degrees of rotation to return to the original shape.

The second control is for reflection symmetry, and toggles between “reflect” or “rot. only,” where it either does, or does not apply a mirror reflection across the vertical axis. 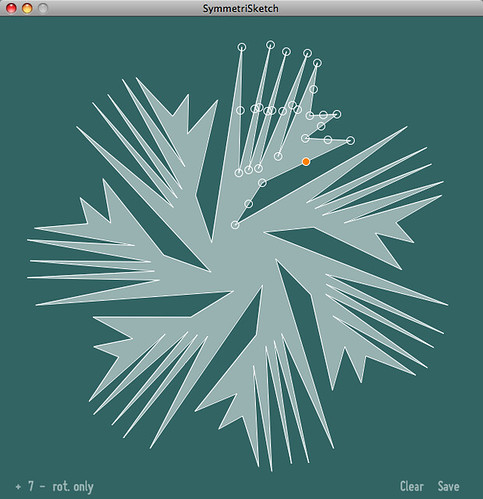 With reflection symmetry turned off, the figure is drawn with pure rotational symmetry. (This screenshot was taken while editing the shape, and you can see control points, indicated by little circles.)